Here’s a sneak peek of my soon to be released (release date tentatively set for April 1st) New Adult novel His Source.

Devastated after an emotional break-up, Alexis decides to finish her fall semester and leave East Brook College and the town of East Brook forever, certain starting over in a new place will soothe her wounded heart.  Her plans are derailed when her ex-lover returns wanting another chance.  Despite the chemistry between them and their sensual history, should she risk her heart again for a man who told her she wasn’t good enough for him or his tribe?

Bowing to tribal pressure, Sean Yonah was forced to hurt his best friend and lover, the one woman he couldn’t get enough of. Now the Spirits say she may be his “other.” Sean knows what he did was deplorable, but if he doesn’t convince Alexis to forgive him, he’ll lose a lot more than the love of his life.

“I don’t want you anymore.”

Startled, Alexis caught the glass of iced tea before it fell out of her hand and hit the floor. Alexis couldn’t believe he was doing this now, on their date night, in the middle of Thursday’s, in front of everyone. This was the first date night they’d managed to fit in for weeks. Alexis suddenly realized that wasn’t a coincidence. The bastard had started dumping her weeks ago. Taking a deep breath, reaching for strength from an unfamiliar place, she looked up into blue eyes and watched the lips that had brought her so much pleasure repeat the words.

Licking her lips, she began to say something, anything that would help make sense of the craziness spewing from Sean’s mouth. The word why was forming on hers when he held his hand up, stopping Alexis before she could speak.

“It’s been fun while it lasted, but I need to be with someone like me.”

His cold words stabbed my withered heart. Someone like him. So she was a freaking loser because she wasn’t Native American?

Read some more great snippets. Click the banner below: 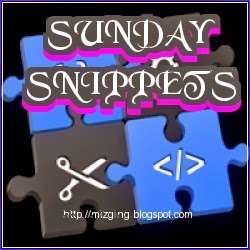