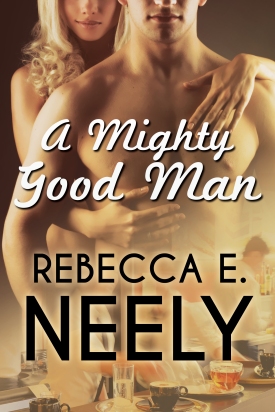 ‘Hank’ Jerry, a down and out writer, and Jack Darcy, a former gang leader, team up to write his story for mutual gain and end up falling for each other. Only problem is, they’ve both got something to hide that could blow up in their faces, and with time running out and gang enforcers closing in, will the trust they’ve forged survive the ultimate test?

No text. No email. No electronic communiqué of any kind.

Scowling, ‘Hank’ Jerry—a woman who wore the self-made moniker the way some might armor—jammed her smartphone into the front pocket of her cargo pants and sucked a drag off her first cancer stick of the day, exhaling into the predawn behind her Aunt Henry’s restaurant. The fluorescents overhead cast a harsh glow over this particular piece of real estate in Fiddler’s Elbow, Pennsylvania—a throwback hunky mill town where dial-up was considered high tech and people still lived life one pierogie at a time.

From the shadows behind the dumpster, a man emerged and limped toward her, clutching his side, his chest heaving, clouds of his breath hanging in the April air.

“What the hell?” Heart pounding, Hank retreated a few steps and threw her cigarette to the ground. Blood, bruises, panic—all of it oozed from this man who’d materialized like smoke. Tires squealed on pavement in the alley running the length of the restaurant and hodge-podge of neighboring buildings.

They locked eyes. No, said her gut. Not crazy. But maybe she was. 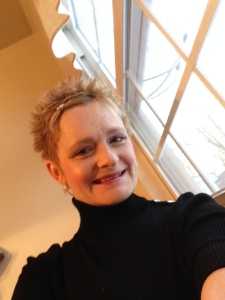 Rebecca E. Neely was born and raised in a small town in western Pennsylvania. Her father, an English teacher and a writer, instilled in her a love of words, and literature, especially short stories, at a young age.

Her mother, a voracious reader, gave her Ballet Shoes by Noel Streatfeild as a Christmas gift when she was nine, and Rebecca’s been hooked on reading stories of all stripes ever since.

Rebecca’s parents also owned and managed a restaurant until she was about sixteen, and she grew up in the family business, working, cooking, and eating.

Rebecca enjoys finding, and reading new authors via her Kindle. Live music inspires her, as do the characters she’s blessed to have in her life, including her daughter, her boyfriend, and her mother.

She loves drawing, crafting, walking, and camping. She also enjoys spending time with family and friends, traveling, going to summer music festivals, and exploring cities she’s never been to before with her daughter.

In a former life, she earned a B.S. in Accounting, and worked in that field for about a decade. Since 2001, Rebecca has freelanced, writing a wide variety of copy for local magazines, and businesses all over the country. She is a PRO member of Romance Writers of America.