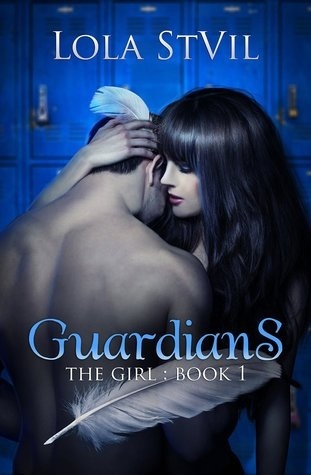 Sitting there in the car, a part of me bitterly resented what she was doing to me. I knew it wasn’t her fault. But does she have to be so… alluring? I need to focus on something else besides the spot between her earlobe and neck. It looked so soft. Her lips were slightly parted as she looked out the window. I wanted to part them further with mine. I put both my hands on the steering wheel. I could not allow myself to let go until she was out of the car. Suddenly she leaned in and kissed me. It was far better than I could even begin to explain to you. I’ve fought and died a slow and painful death on earth. And nothing, NOTHING can compare to how hard it was for me to pull away from her lips. I don’t think any angel could to do it twice in a lifetime…

Miku introduced me to the girl. “Marcus, this is Emerson Baxter. She’s gonna help us save the world.” I looked her over quickly. She was too short. Her hair was a tangled mess. Her T-shirt had a cartoon pig on it and was ugly and ill-fitted.

I wanted to touch her. My eyes wanted—needed—to see her again, to do nothing more than to spend the rest of forever getting to know her. Angry at my visceral reaction, I forced every part of my body to stay put and focus.

What the heck is going on? Why can’t I focus? I squeezed my eyes shut and opened them again. No, still can’t make out the words in front of me. There was a buzzing in my ear, a painful sound that came from looking away from her. I didn’t ever want to look away from her.

I didn’t talk to her, I talked at her. I never took my face away from the Muse. I told her that we needed to know everything about her and that she had to stay in crowds. The Akons could not attack her in crowds. She told me that they came after her already. That enraged me.

Then she said she wanted to go home. I wondered what her home was like. What kinds of things she liked. Was she the girly type with tons of teddy bears and scented writing paper? Or the rock ‘n’ roll poster type who had no problem breaking the rules? What was her favorite song? Where was she when she first heard it? Who was she with when she first heard it? Was she with friends? Family? A guy?

Oh no, what if there’s a guy in her life?

AUTHOR BIO
Lola was seven when she first came to this country from Port-au-Prince, Haiti. She attended Columbia College in Chicago, where her main focus was creative writing. In addition to plays, she also writes screenplays and short stories.She has been commissioned to write for ABC, CBS and Princeton University. She won the NAACP award for her play “The Bones of Lesser Men”. In addition to being nominated for LA Weekly awards. Her work has also received positive reviews from The LA Times, Variety and LA Weekly.
Author links:
https://twitter.com/guardiansgirl
https://www.facebook.com/guardiansgirl
http://www.lolastvil.com/
https://www.goodreads.com/author/show/5604797.Lola_St_Vil
Blitz-wide giveaway
200$ Amazon Gift Card – open INTL, Ends July 15th
http://www.rafflecopter.com/rafl/display/d04251468/